Access / Accessibility (a function). The ability to reach one location from another.

Allowed. To let someone have or do something.

Amount of cargo acquirable (a sub-function). The mass and weight of cargo that can be acquired at a remote work location.

Axiom. A statement regarded as being true.

Benefit to families (a sub-function). The benefit of transportation to families.

Benefit to organizational image (a sub-function). The benefit of a transportation mode to the image of the organizations that use it.

Benefit to the user’s image (a sub-function). The benefit of a transportation mode to the image of the people who use it.

Cargo acquisition (a function). The ability to receive cargo at a remote work location.

Cargo security (a sub-function). To maintain a state of no cargo being stolen; to be in possession all of one’s cargo. Security pertains to things being stolen.

Central place. A city or town where higher-order goods and services (i.e. those more-expensive and less-often used) are obtained.

Context (transportation). A geographic area defined by the predominant mode of surface transport used in that area. In the AER, the five basic transportation contexts were surveyed: the road, river, ocean, trail, and no-mode contexts. More information can be found in this PDF.

Coordinating / administrating / managing (a sub-function). The tasks associated with coordinating activities, administrating entities, or managing programs. These tasks are generally carried out by people in mid- and upper-level positions.

Corollary. A statement of something that extends from, or is related to, an axiom or a principle.

Credibility. Being trusted or believed in.

The effect of multiplying (a sub-function). The perceived effect transportation might have on “multiplying people.” See Multiplying.

Effect on work if no air access (a sub-function). How a person’s work would be affected if there were no air service to their work location.

Emergency transport (a function). Transportation required to address an urgent situation, whether that situation is medical or non-medical in nature.

Enabled. To make something possible.

Facilitated. To make an action or process easy or easier.

Facilitation of work (a function). To make work easy or easier.

Finding. “Finding” is used as a general, umbrella term, and includes all axioms, principles, corollaries, numbers, and all other information, derived from the data.

Flexible and timely travel (a sub-function). Having schedule flexibility (i.e. the ability to change travel plans) and the ability to travel on a schedule (i.e. to depart and arrive when needed).

Fostered. To encourage the development of something; often something desirable.

Frequency of access (a sub-function). How often someone can access a location within a given period of time.

Function. Missionary aviation has seven functions: 1) saving time, 2) preservation of health, energy, safety, and security, 3) access, 4) cargo acquisition, 5) facilitation of work, 6) emergency transport, and 7) psychosocial benefit. Within these seven functions are thirty sub-functions. A list of the sub-functions and a model showing how the seven functions relate to one another can be seen in this PDF.

Generate. To produce or create.

Geographic ministry area (GMA). A geographic territory in which ministry work is being done or is being considered. A GMA could consist of multiple countries, a single country, a portion of a country, a province, a region, or any other defined geographic area.

Getting people together (a sub-function). Transporting people so they can be in the same geographic location.

HESS. Health, energy, safety, and security. In the AER, these are considered to be resources which people can use on transport or on their work.

High travel requirements entails having to do at least four of the following:

To improve air access. This term is used in the correlations, and pertains only to air access. It means to:

Improved access. This term is used in the ways tables, and pertains to access in general, whether by air or surface. Improved access refers to any of the following:

Inaccessible location. A location that cannot be physically accessed.

Isolated people. People who are not connected to a population center or an organizational center; people who are separate, alone, by themselves.

Local area travel. Travel that takes a few hours or less, and is within the local area, within a city or town, or within a village area. Local area travel is made to locations defined as “near.” See Near and Far.

Location (geographic).  A position on the Earth. Location can be either absolute or relative.

Medical transport. Transportation of someone with a non-critical medical condition requiring treatment.

Mere availability. Simply having aviation available for practical use. The term has no psychological aspects associated with it.

Mode. A means of supporting mobility. Commonly, modes are divided into three, broad categories: air, land, and water. However, in the AER, modes were simply divided into the categories of air and surface, because the effectiveness of aviation was being contrasted with the effectiveness of surface transport. To differentiate, a conveyance is something that serves as a physical means of transportation. A conveyance could be a vehicle, aircraft, boat, motorbike, animal, or any other type of physical means used for mobility.

Multi-mode context. A geographic area where multiple surface transport modes are used to reach work locations. For example, a person might take a bus to a certain point on its route, then walk on a trail to reach their work location.

Multiplying. When a transportation mode gives the perception of multiplying someone, that is, making it seem like “there’s more than one of them” or that they’re “everywhere at once.” This entails:

Non-residential ministry. Ministry in which the workers do not live in the location(s) they are working at. That is, they have a home elsewhere and only visit the work location(s) for relatively short periods of time.

Ocean context. A geographic area where the predominant surface transport mode is the open-ocean. That is, where the open-ocean has to be traversed (traveled across) to reach a destination.

People being in the work (a sub-function). The effect transportation might have on someone being where they are, doing the work they are doing. “Being in the work” entails people:

Place. The distinguishing human or physical characteristics of a location.

Preservation of safety for cargo (a sub-function). To maintain a state of no cargo being lost, or damaged beyond use; to retain all of one’s cargo and to have it be usable.

Preservation of safety for people (a sub-function). To maintain a state of no bodily injury; to be without physical injury. Safety pertains to physical damage.

Prestige / respect. Used as synonyms. Admiration because of abilities or values.

Principle. A statement indicating how to apply an axiom.

Provided. To make available for use; to supply.

Provided access to. It physically transported someone or something; it happened.

Psychological wellbeing. Pertaining to: reassurance, confidence, encouragement, peace of mind, how people were doing in their heads overall.

Psychosocial benefit (a function). Benefits having psychological and social aspects.

Reliable transport. Transport that’s going to happen; you can plan on it, it’s dependable.

Remote location. A location that is relatively distant, or far away from, a primary population or organizational center.

Remote work location. A location (usually a village or small town), that is relatively distant, or far away from, a population or organizational center, where people are doing their work/ministry.

Resources. Used as a general term, resources refers to time, health, energy, safety, and security, which are resources people can either use on transport or on their work.

River context. A geographic area where the predominant surface transport mode is rivers.

Road context. A geographic area where the predominant surface transport mode is roads.

Saving time (a function). Shortening the amount of time spent on an activity; not wasting time.

Saving time resting and recovering (a sub-function). Shortening the amount of time needed to rest and recover after a trip. Reducing the time between arriving and starting work.

Security against kidnapping (a sub-function). To maintain a state of no one being kidnapped.

Serve or help. Mission aviation people and programs helping other agencies do the other agency’s activities.

Shape (of a transportation program). Shape refers to the specific types/models of conveyances (aircraft, vehicles, or boats) to be used, how many of each, where they would be based, whom they would serve, the locations would they would serve, and the number and types of personnel.

Shared resource (aviation). When a non-aviation organization/agency uses aviation to do its own activities with missionary aircraft.

Short-term worker. A short-term worker is someone from outside the organization, who performs organizational duties for a specific length of time. These are people assigned to remote work locations and are based there (i.e. they live there) for a few days, weeks, or months. In the AER, short-term workers are not classified as visitors. See Visitor.

SMI Tool. Strengths Maximization Index Tool. A tool used to assess the level to which aviation’s inherent strengths would be maximized in a geographic ministry area (GMA). The tool itself, and more information about it, can be found on the Tools page.

Timely manner (for cargo). When, and as often, needed.

Timely transport. Available when needed; at the most-appropriate time.

Trail context. A geographic area where the predominant surface transport mode is trails.

Visitor. A traveler who does not have a residence/house/dwelling at their remote work location, and who is temporarily there for a relatively-short, fixed period of time. That is, visitors are people who travel out to:

Work advancement. Work advancement entails the functions of access, cargo acquisition, facilitation of work, emergency transport, and psychosocial benefit. These five functions, taken together, comprise “work advancement” because their sub-functions are the means by which people’s work is advanced. 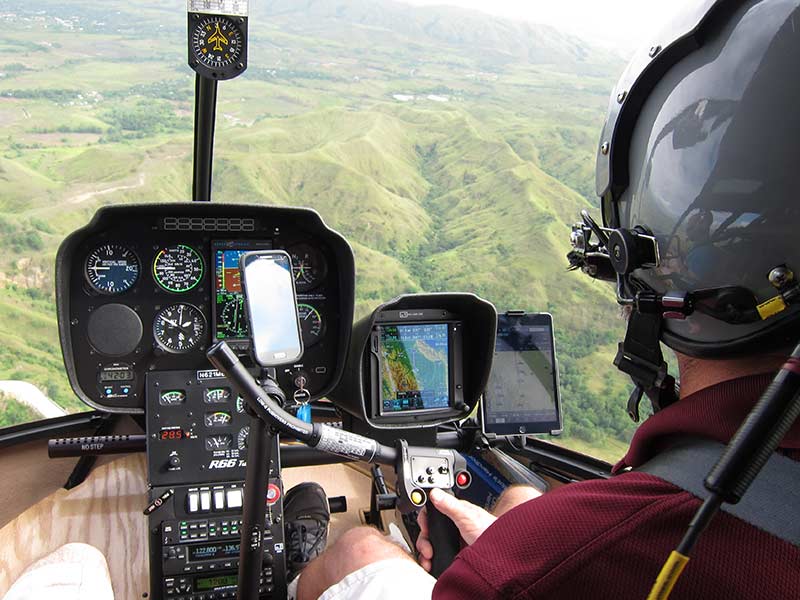 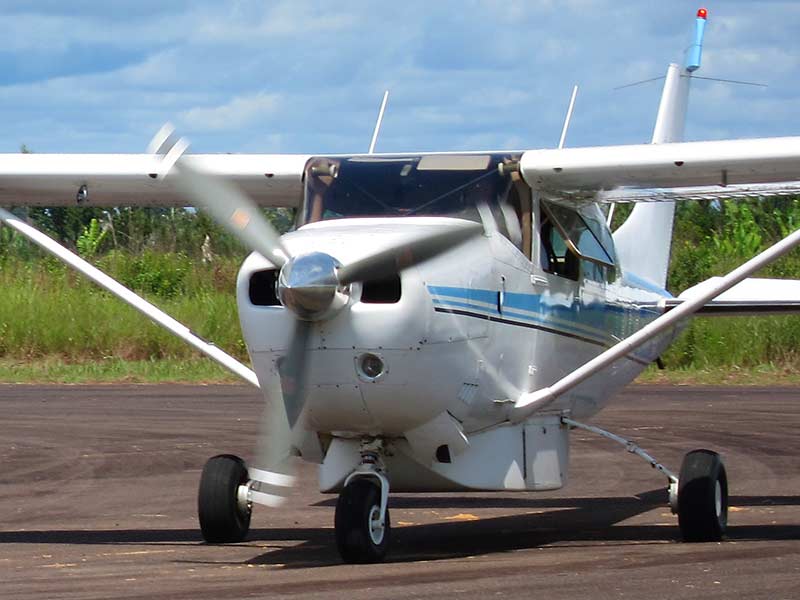 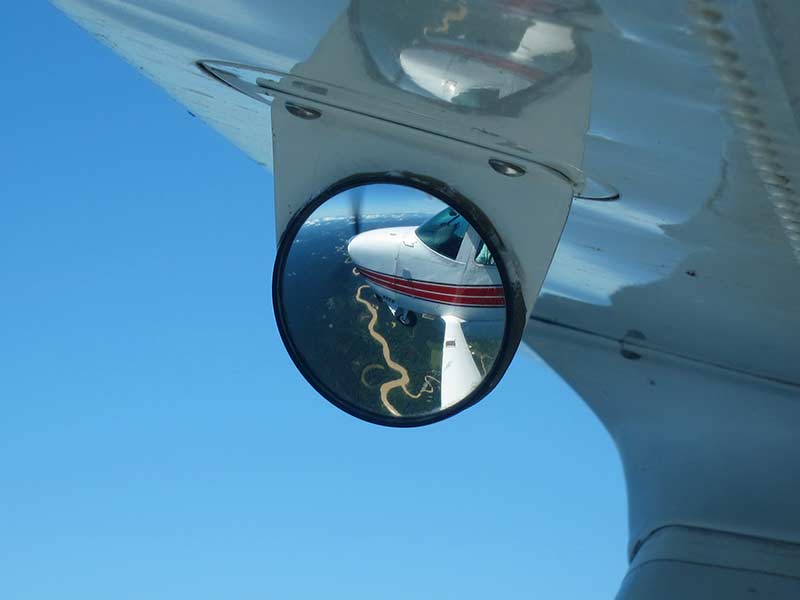